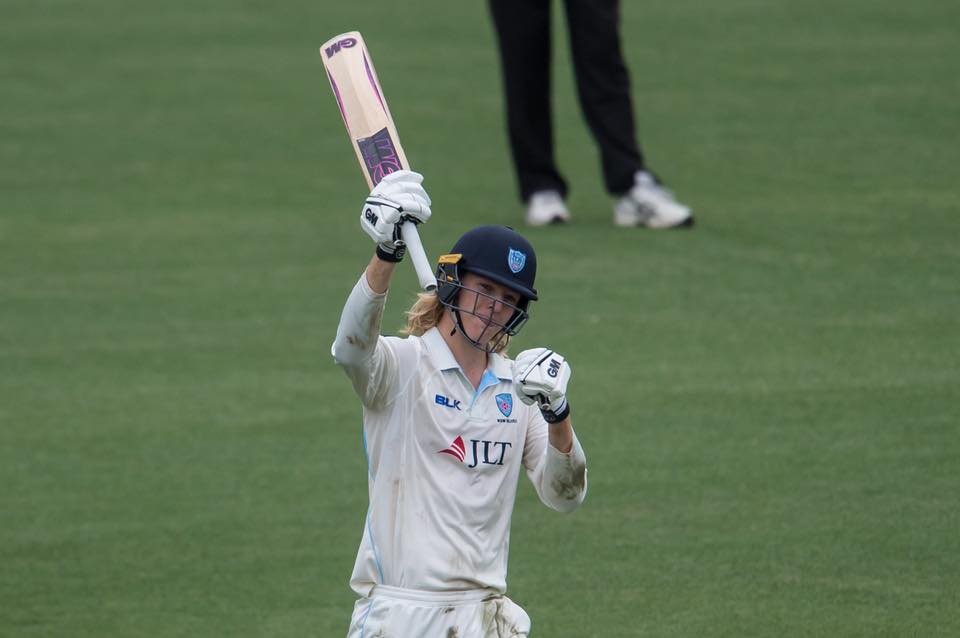 Manly Junior Jack Edwards has brought up his maiden first class century for NSW against Tasmania at the SCG in the JLT Sheffield Shield.

Together, the two batted NSW out of trouble, as Jack played with his usual flair and attacking style on his way to his first Sheffield Shield 100.

Jack was calm through the 90’s, as Tasmania set attacking plans to him, but on 98, Jack was able to turn one down to fine leg for two, as his reached the magical 3 figures.

Jack ended up on 101 before being dismissed, bringing his incredible knock, and partnership with Jason Sangha to an end.

In making his 100, Jack became the seventh youngest player to score a Sheffield Shield Century, and the youngest since former Australian Captain Ricky Ponting in 1993.

Jack also became the first Manly Cricketer to score a First Class Hundred since Cameron Merchant for NZ side Wellington in 2010, and the first NSW player to score a Shield 100 whilst playing for Manly since Michael Bevan in 2003.

Jack has a bright future ahead of him, and his hundred against Tasmania will be the first of many as he continues to grow as a batsman.

Congratulations Jack from everyone at Manly Cricket and we wish you the best for the remainder of the Shield season.