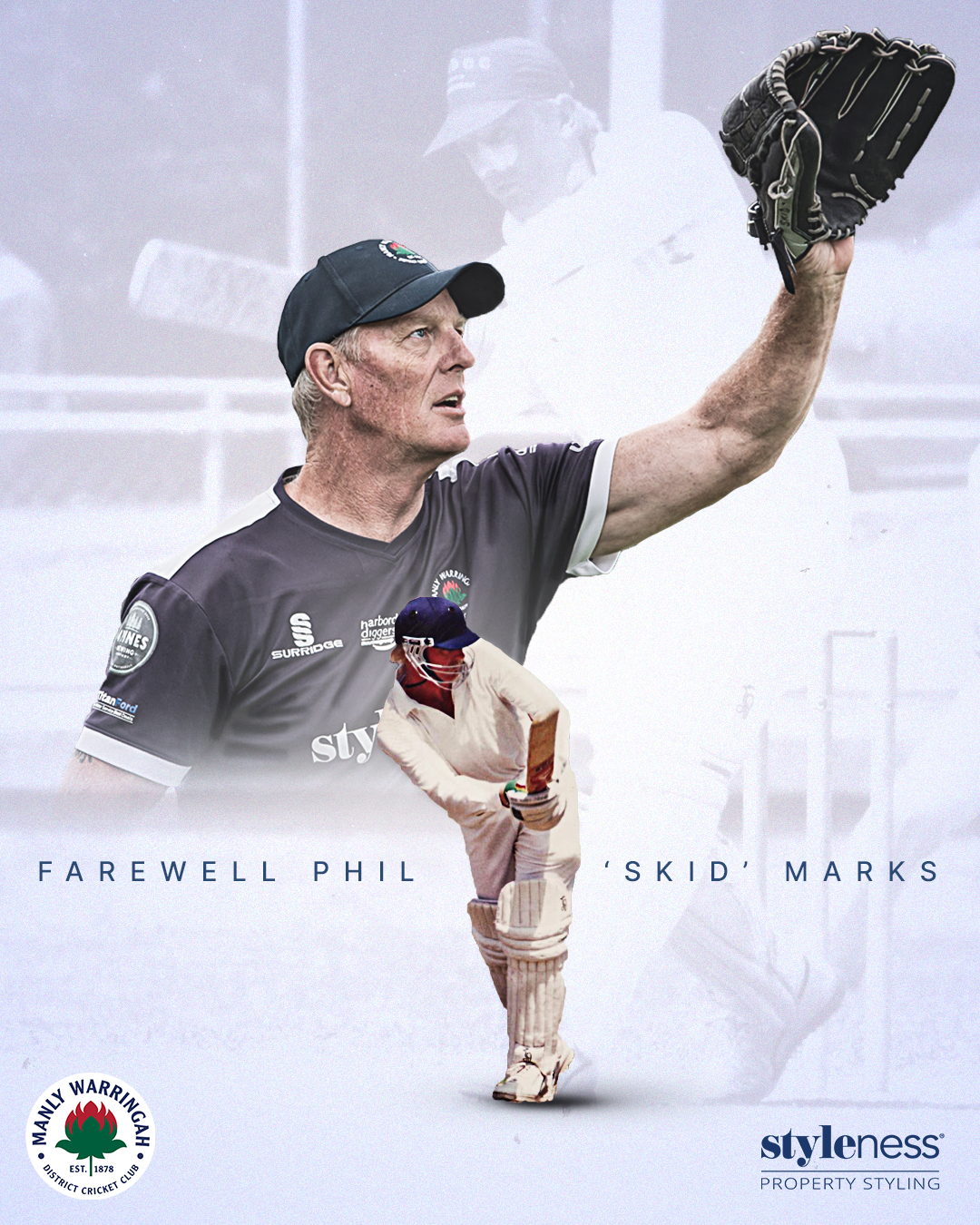 The Styleness Manly Warringah Waratahs would like to thank and farewell club legend Phil ‘Skid’ Marks, who has recently retired and moved to Queensland.

Skid has been a huge part of Manly Cricket for many years, in both a playing and coaching capacity, and will be sorely missed by all.

Starting with the club in 1979, Skid immediately made his presence known, and impressed many in his first season.

“I will never forget watching Skid & his dad walking into Grahams Reserve training in 1979 – this huge, fit 19 year old, with pure white hair who had hands the size of watermelons. He just had an aura about him.”

These skills would lead Skid to represent NSW in 13 Sheffield Shield games, and 7 List A games.

While Skids impact as a player on the club was profound, it was his role as club coach that truly made Skid one of the greats of Manly cricket.

Joining his brother-in-law Shawn Bradstreet as Mens club coach in 2014, Skid would go on to have a truly remarkable run as a coach over the past 7 years.

His success as a coach not only shows his cricketing knowledge, but also the pride and love that he has for Manly Cricket and the players, for which the players have reciprocated.

Speaking of Skids legacy and his farewell, President Andrew Fraser said the following.

“Phil is such a popular figure around the club and he will be greatly missed. He’s been such a huge part of our success at the club, especially the last 8 years.”

“He’s left an indelible mark on the club, one he should feel super proud of.”

Congratulations Skid on everything you have accomplished with the Tah’s.

Manly Cricket would like to thank you for everything you have done during your time at the club, and wish you all the best in your retirement.

See below for a season by season summary of Skids playing stats for Manly.