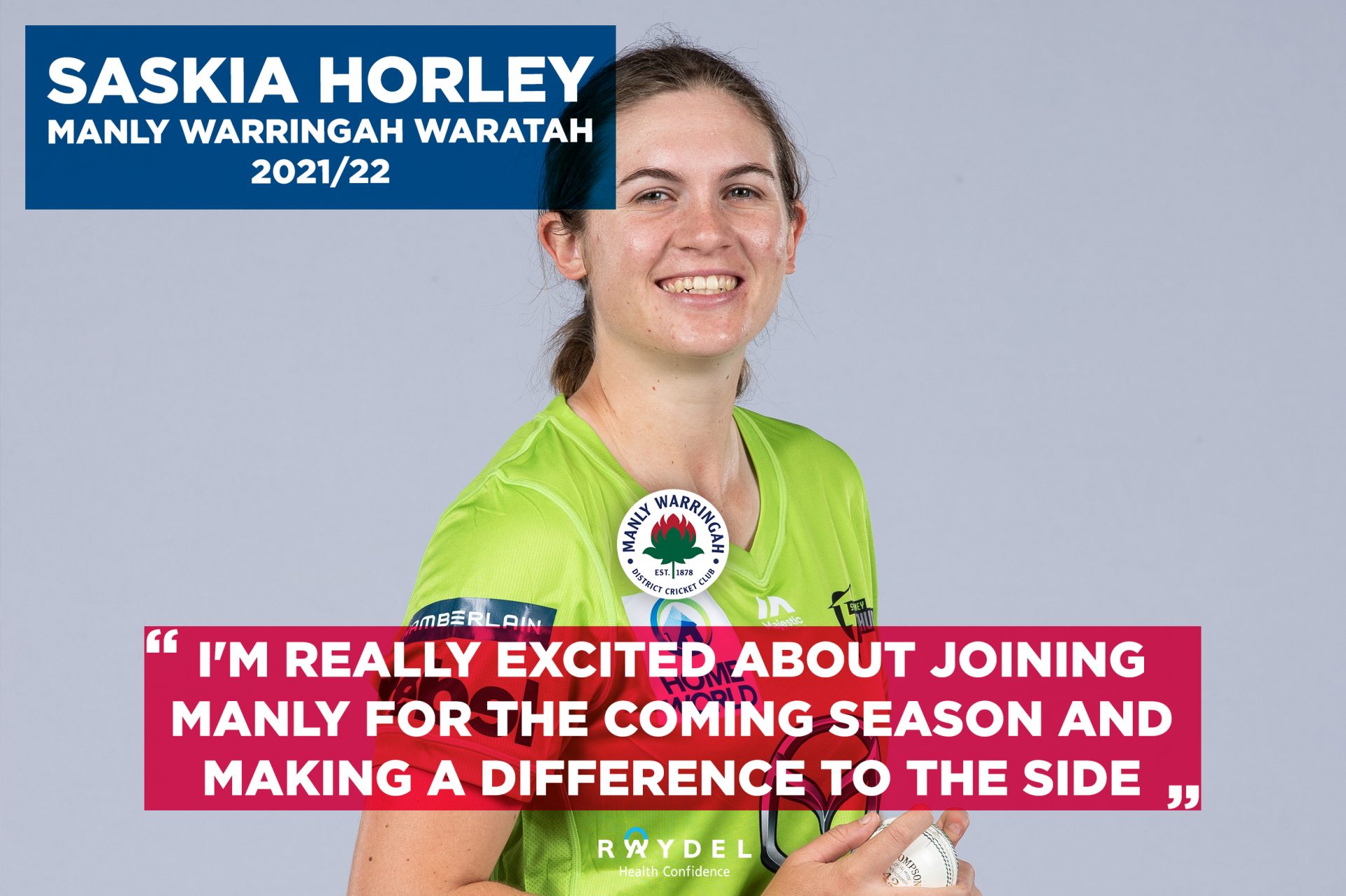 Sydney Thunder all-rounder Saskia Horley has confirmed a move back to the Raydel Manly Warringah Waratahs for the 2021/22 season.

A local junior who has been plying her trade at fellow Premier Cricket Club Gordon for the last few years, Saskia moves back to the Tahs after the recent announcement of our entry into the 1st Grade competition.

It is a huge coup for the club as we look to compete with the more established first grade clubs.

A right hand bat and right arm off-spinner, Horley is one one of the premier players in the Women’s Premier Cricket competition, hitting 420 runs at 46.67 and taking 14 wickets at 18.50 in 2020/21. She hit a top score of 132* against Universities, ironically the day after her Sydney Thunder team mates won the WBBL title.

She has played 4 WBBL matches for the Sydney Thunder, all in the 2019-20 season. At only 21 years of age she still has plenty of cricket left in her and is looking to get more game time at the top level.

Horley said she was excited about the move to her local club.

“I have a lot of close friends at the club and I know a lot of the coaches and support staff well,” Horley said.

“We will have a solid squad in the clubs first season back in first grade for a few decades, and it’s a really exciting time for cricket on the local district”.

“Players like me previously had to look outside of Manly Warringah to further their cricket, but now with the 1st Grade side confirmed it has ensured an end-to-end pathway for juniors like myself. I’m really looking forward to playing a part in the next evolution of players coming through our ranks.”

On behalf of the entire club we would like to welcome Saskia to the Waratahs and are looking forward to what the 2021/22 season will bring.