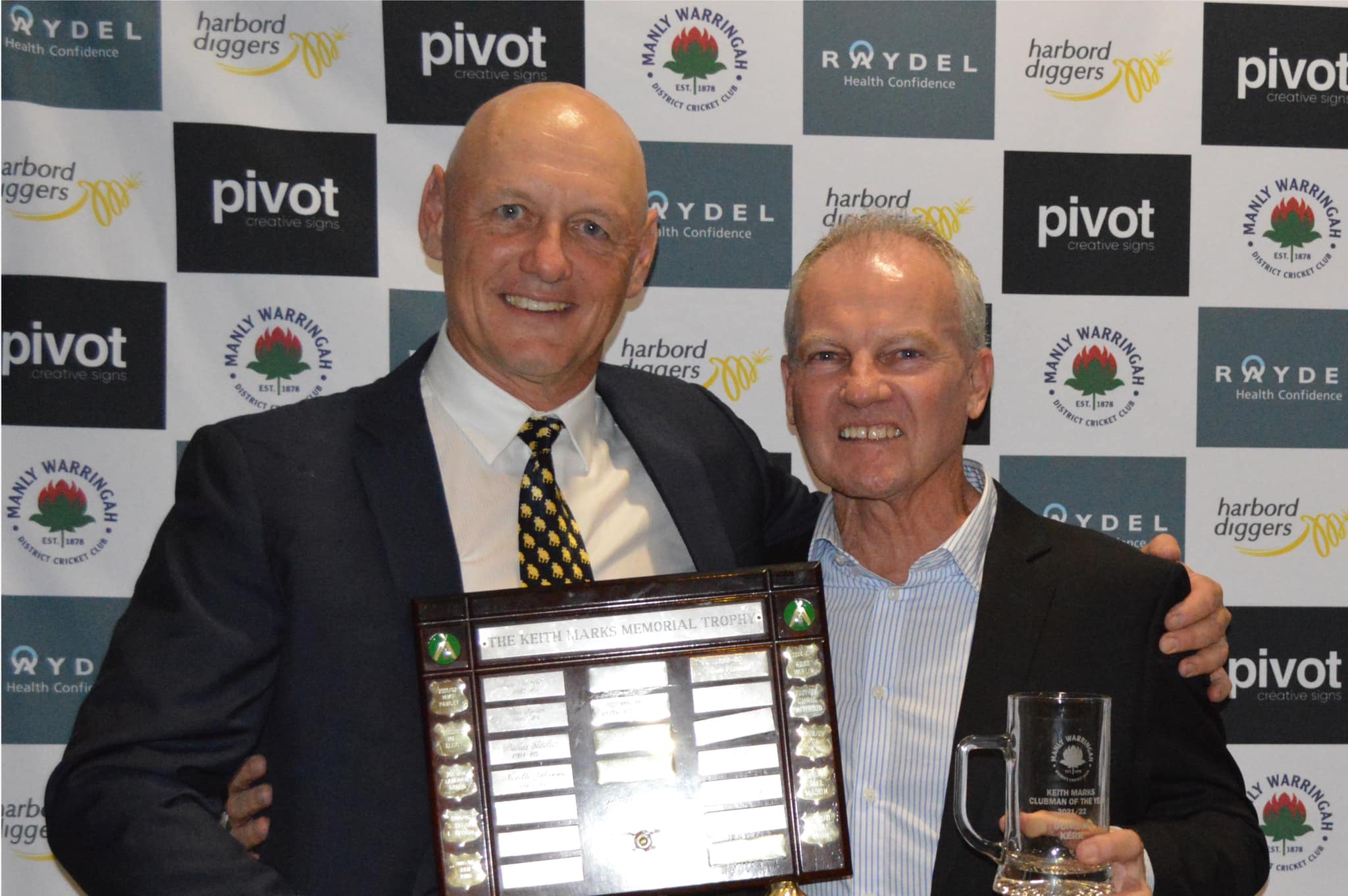 The Manly Warringah Waratahs has said farewell to the 2021/22 season after another great presentation night on Saturday April 9.

Taking place at the Pittwater RSL, more than 200 guests consisting of players past and present, wives, girlfriends and family members gathered to celebrate another fantastic year.

The night was as always started off by Club President Andrew Fraser, who as per usual capped off the season in record time.

Frase also announce the first major award of the night, presenting the Presidents Award to volunteer and all round great man and 5th Grade Manager Doug McGrath.

It is a well deserved award for a well respected and loved man who gives up so much of his time to the club.

From there the awards continued, with batting and bowling awards given to the standout performers for each side, including for the first time three women’s sides, as well as club wide performance awards. For the full list of winners, see below.

The most special award of the evening was presented just before the dinner break, when Gordon Currie was officially announced as the 52nd Life Member of the Manly Warringah District Criket Club.

It was a special moment with Gordon’s family joining him for the night to celebrate this great honour. To read more about Gordie’s life membership, click here.

After the dinner break, the club was also able to celebrate the 4th Grade Premiership, following an incredible victory at Hurstville only a week prior.

Led by skipper Andrew Rochford, the 4th Grade boys were invited on stage to receive their premiership medallions to commemorate their amazing season.

Another key award winner from the night was Nat Guyot winning the prestigious George Lowe medal, for the third year in a row.

This award honours the player who has contributed the most to the local community. It’s
named after George Lowe due to the great service he gave to the game of cricket on the
Northern Beaches and the Manly Club in general.

The night also saw two debutants to the club pick up the Player’s Player.

Ellis Raymond picked up the men’s award after a fantastic first season of the club, while Saskia Horley was a joint winner of the female player’s player alongside future star of Eliza Henry.

Horley would also win the Female Player of the Year to cap off an incredible debut season with the Waratahs.

Men’s First Grade Captain Jay Lenton picked up the Male Player of the Year, an amazing achievement considering he was absent for almost half a season due to his BBL commitments.

The end of the evening saw Duncan Kerr honoured as the 2021/22 Keith Marks Clubman of the Year at the Raydel Manly Warringah Waratahs annual presentation night.

Dunc, as he is affectionatley known amongst the playing group, does a mountain of work across our club including as the player welfare manager and the manager of the women’s 1st grade side.

Dunc has been involved in the club for many years, and it is a great reward for the commitment he has shown to the Waratahs.

Congratulations Duncan on this amazing achievement, and to all award winners on the night.

To see all the photos from the night, click here.